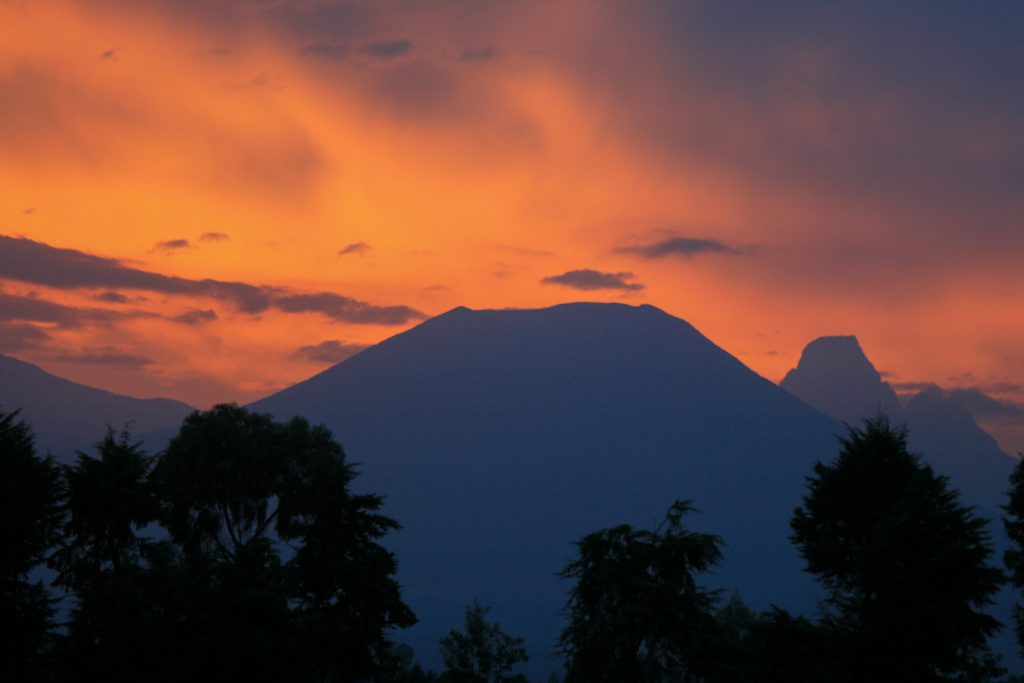 Mount Bisoke is an active volcano on the border with the Congo. At 3,711 metres (12,175 ft) it’s quite a hike to the summit, but it’s thoroughly worth it. The views are stunning and the walk takes you right from the farmed land at the national park’s edge through the various vegetation zones to what feels like the top of the world. It last erupted in 1957 and has the largest crater lake in the region.

Karisoke is the name of the research centre founded by the American naturalist, Dian Fossey, in 1967. The name was created from the nearby Mount Karisimbi and Mount Bisoke, between which the centre is located. Fossey lived and worked in the Virunga Mountains for 18 years until her death in 1985, devoting her life to the study of the mountain gorilla. At the time, extinction seemed inevitable. But thanks to a conservation drive largely attributable to Fossey’s legacy, mountain gorillas are now the only ape whose numbers are increasing.

These days the research centre is located in more modern facilities in the nearby city of Musanze, but the ruins of Fossey’s original post remain buried in the rainforest. For anyone familiar with the story it’s a thought-provoking place. 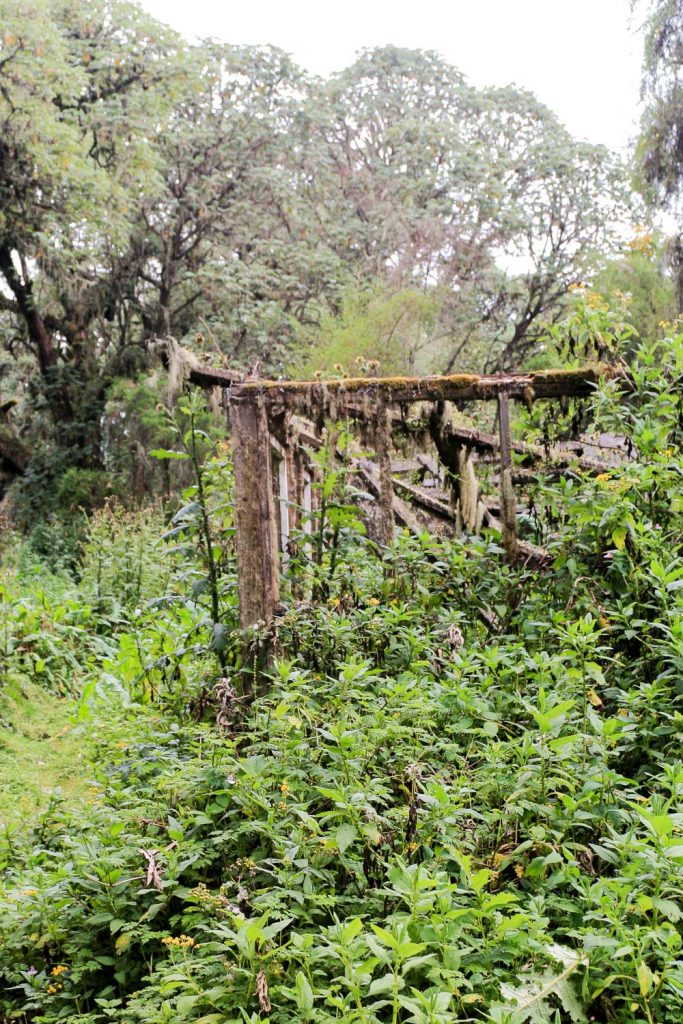 While the Karisoke buildings have been reclaimed by the jungle, the nearby graveyard has been meticulously maintained. Here, Fossey is buried alongside many of the mountain gorillas she studied. Anyone familiar with her autobiography “Gorillas in the Mist” (or the film of the same name) will recognise the name of Digit, one of Fossey’s favourite gorillas, who is buried alongside her. 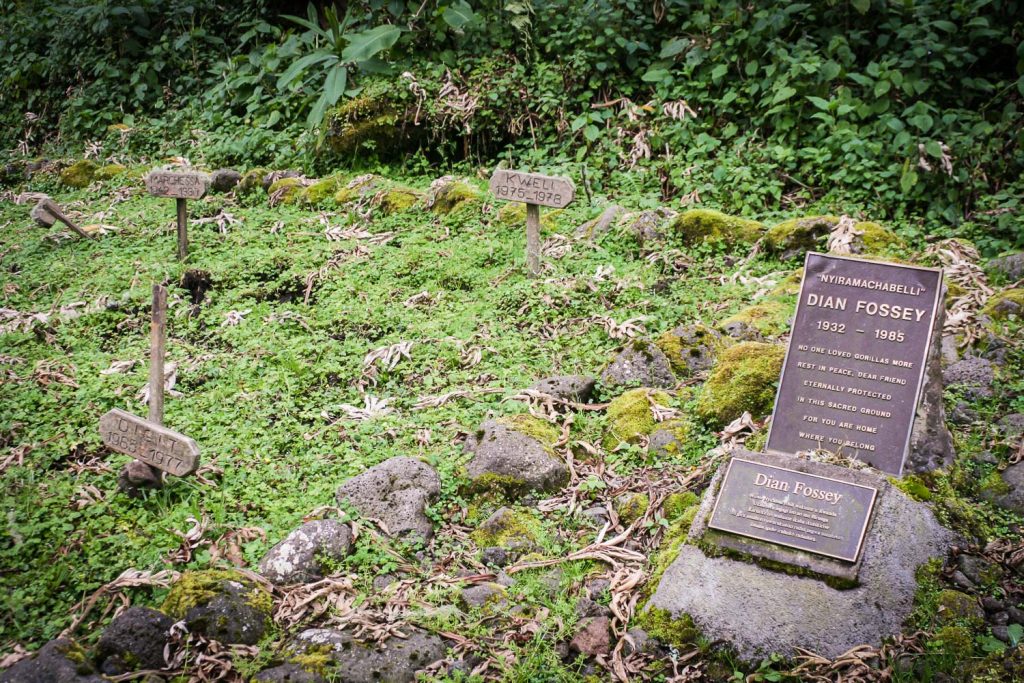 There are plenty of other attractions in the area too, from chimpanzee tracking in Nyungwe National Park, to exploring 65 million year old cave systems near Musanze, to exhibitions of traditional Rwandan society at the Iby’lwacu Cultural Village. Have a look at the informative Rwanda Tourism website for details.

Getting to the Volcanoes National Park

The headquarters of the Volcanoes National Park is in the the city of Musanze (formerly known as Ruhengeri). The park entrance itself is near the village of Kinigi, a little further north.

You have two options when arranging your trip: you can sign up with a tour operator who’ll arrange everything for you, or you can do it yourself. The latter option is still not cheap, but it’s a lot cheaper than a tour.

All activities in the national park itself need a permit and an official guide. For gorilla trekking, with only around 120 permits available a day you must arrange one in advance. In May 2017, the price doubled to an eye-watering USD 1500 per person (with a 30% reduction if you spend more than three days in the area). But remember: this money goes directly towards protecting them. You can apply by following the instructions on the Rwanda Tourism website. For other treks, permits can be arranged on arrival in the area, though in busy periods it might still be worth booking ahead.

There are public buses running from Kigali to Musanze, from where you can get a taxi to Kinigi. There are a number of hotels and hostels in both locations: the WikiTravel Ruhengeri page has a good summary. I stayed at the Kinigi Guesthouse, which is a budget option and close to the trailheads. If you do organise it all yourself, you’ll need to hire a driver and 4×4 to get around.

The Cotswold Way is one of the UK's National Trails.…

Last week I headed to Wasdale Head in the Lake…

This site uses Akismet to reduce spam. Learn how your comment data is processed.

Get email updates with new photos and blog posts.
Back To Top
×
We use cookies to ensure that we give you the best experience on our website. If you continue to use this site we will assume that you are happy with it.OkPrivacy Notice